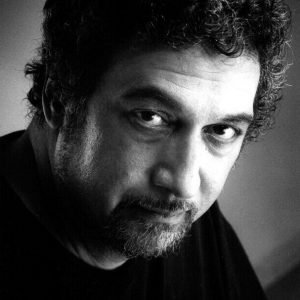 A Graduate of NYU’s Graduate School of Film and Television, Neal Marshall Stevens has been a working professional for close to 30 years. He began his career as a writer and Creative Consultant/Story Editor for Laurel Entertainment’s syndicated Series, Monsters which aired from 1988 to 1991. He went on to work as Laurel’s Senior Story editor on such projects as The Vernon Johns Story, Precious Victims and Steven King’s The Stand.

Later, Neal went on to work for Charles Band’s Full Moon Entertainment, specializing in Direct-to-Video productions. Over the course of his association with Full Moon, he’s worked on over 30 motion pictures in a variety of genres, including science fiction, children’s fantasy, and especially horror, including three entries in the popular Puppetmaster series. He also directed the feature Stitches for Full Moon Entertainment.

Neal sold the original screenplay Deader to Dimension Pictures, which was later produced as Hellraiser: Deader and wrote the screenplay for Dark Castle’s feature remake of Thirteen Ghosts. He currently lives in Brooklyn, NY.