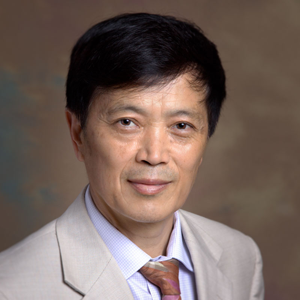 The Chinese Consulate General in San Francisco awarded Yunxiang the gold medal of World Culture Development for his contribution in facilitating the culture and educational exchanges between China and USA.

During his work and study at MIU and MIU, Yunxiang was awarded a Bachelor of Science in Computer Science, Master of Business Administration, and Successful Entrepreneur of the Year, Gold Medal of Enlightened Leadership and the highest honor, a Doctor of World Peace degree Honoris Causa.

From 1991 till 2000, Yunxiang worked in Silicon Valley, San Jose, California. Yunxiang’s experience extends from small companies to medium sized companies to the largest companies in their field. He worked as manager for Pearne Associates and Assistant General Manager in K-Chair USA. Yunxiang was Operations Director of United Multimedia and Ultima Associates. Yunxiang also served as Operations Officer working at Aztech Labs, the second largest sound card producer in the world in 90s.

While working in Silicon Valley, Yunxiang actively involved himself with social services and cultural exchange activities. In 1996, the Chinese Consulate General in San Francisco awarded Yunxiang the Gold Medal of World Culture Development for his contribution in facilitating cultural exchanges and educational exchanges between China and USA.

From early 2000, Yunxiang worked at Maharishi International University, focusing on promoting Consciousness-based Education to China. In 2001, he helped established MIU’s first university collaboration with China through the Overseas Chinese College of Capital University of Economics and Business. This program was approved by the Ministry of Education of China. Yunxiang was promoted to Director of Asian Recruiting in 2002, Assistant Professor of Business Administration in 2003, Associate Dean of Asian Expansion in 2004, Associate Professor in 2006, Professor of Business Administration in 2010 and Vice President of Asian Expansion in 2010.