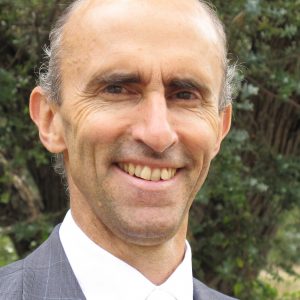 Dr. Tim Carr, MBBS, graduated in medicine with honours at Sydney University in 1976 and completed postgraduate studies in ayurveda at the MIU Institute of Ayurveda Studies, Iowa, USA, and the Gujarat Ayurveda University, Jamnagar, India from 1984 to 1985. He furthered his studies at the World Centre for Ayurveda, Delhi, India and the Maharishi Vedic University, Holland.

Dr. Carr has been integrating Maharishi Ayurveda in his medical practice since 1985. He has worked with some of the foremost ayurvedic physicians of India. He has lectured Australia-wide and has conducted training courses in Maharishi Ayurveda for doctors and health care professionals. He has authored and co-authored several articles on Maharishi Ayurveda which have been published in reputed medical journals including the International Clinical Nutrition Review, the Australian Family Physician and Advances in Integrative Medicine

From 2002 to 2008 Dr. Carr served as Expert Advisor on Ayurveda to the Complementary Medicines Evaluation Committee of the Australian Government’s Therapeutic Goods Administration. He is currently President of the Maharishi AyurVeda Association of Australia, and National Director and CEO for Maharishi Foundation Australia.