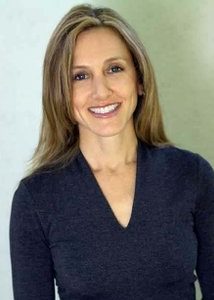 Traveling between Los Angeles and New York, Antonia Ellis has worked in different capacities as a producer and writer for the past 15 years. As a producer, she is currently working on the CBS-TV series Instinct starring Alan Cumming. Prior to this, she worked on the Amazon series Z: The Beginning of Everything starring Christina Ricci. She co-produced the CBS pilot Bull and was Supervising Producer for the dramedy Royal Pains (USA Network). Additional television credits include: Amazon’s Golden Globe-winner Mozart in the Jungle; Showtime’s pilot of HAPPYish with Philip Seymour Hoffman; five seasons on the Emmy-nominated Sex & The City (HBO); Men In Trees (ABC); Live From Bonnaroo 2010 and Fuse Fest Bonnaroo 2009 (Fuse TV); David Simon’s Peabody and Emmy award-winning mini-series The Corner (HBO); and music-based Love Monkey (CBS and VH1).

She shared the “Story by” credit for the fourth season’s summer finale of Royal Pains, including the musical pen-ultimate episode in season eight. Antonia also co-created/wrote/produced a live action children’s feature entitled The Adventures of Cinderella’s Daughter starring Adam West, Shirley Jones and Stan Lee. Her passion project, the historical feature My Clara, is based on the true story of classical pianist Clara Schumann.

Antonia has a Masters of Liberal Arts Degree in Literature and Creative Writing from Harvard University and a B.S. in Communications from Miami University. Formerly a Music Major in classical piano, she started her career in Concert Promotion/Production, Music Videos, and as a Radio Disc Jockey. She studied abroad in London, England and worked at the BBC. Antonia feels strongly about helping others build self-esteem through the arts and she has taught numerous writing and producing courses at University of Arizona (Tucson) and Miami University (Oxford, Ohio). She’s a member of the Producers’ Guild of America and the Academy of Television Arts & Sciences. Her hobbies include running, golf, yoga, sugar-free baking and knitting.