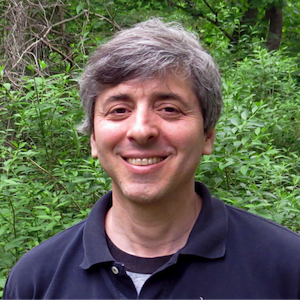 Adam Nadler is a screenwriter and independent filmmaker. His movie The Magic Violin, distributed by Tapestry International, has been shown on The Movie Channel, on multiple overseas broadcasts and at the premier of Lincoln Center’s “Movies for Kids” series. His film Five Card Stud was produced in a master class with Martin Scorsese and won a Gold Apple from the National Educational Film & Video Festival. In 2002, he completed the feature-length comedy Shoot George, which appeared at the Woodstock Film Festival, the Anthology Film Archives’ New Filmmakers series, and won the Best Narrative Feature Award at the Arlene’s Grocery Picture Show.

In 2013, Adam co-wrote and directed A Wake-up Call, a 10-minute trailer for a feature film about the Syrian-Jewish community in Brooklyn, currently in development as The Girl with Pink Hair, with Susan Seidelman attached to direct.

Adam has taught classes in film editing, production, and directing at the City College of the City University of New York. And, since 2005, he has been an adjunct professor of screenwriting at New York University’s School of Continuing Studies. In 2013, he was honored with NYU’s Service Torch Pin. He also provides screenplay consultations for private clients. Adam has an MFA from New York University’s Graduate Film School, where he received several honors, including the Best Comedy Award, the Best Graduate Editor Award and the Warner Brothers Fellowship. Adam has been on staff at Vanity Fair magazine since 2003.