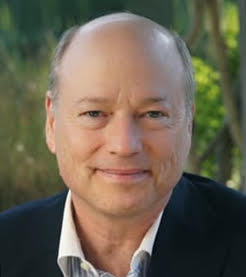 Dr. Hagelin conducted pioneering research at CERN (the European Center for Particle Physics) and the Stanford Linear Accelerator Center. He is responsible for the develop¬ment of a highly successful grand unified field theory based on the superstring—a theory that was featured in a cover story of Discover magazine. His articles on electroweak unification, grand unification, supersymmetry and cosmology include some of the most cited references in the physical sciences.

In addition, Dr. Hagelin has spent much of the past quarter century leading a scientific investigation into the foundations of human consciousness. He is a leading authority on the use of collective meditation to defuse acute societal stress, to reduce associated crime and violence, and to promote societal peace. He serves as President of the Global Union of Scientists for Peace, an organization of leading scientists dedicated to nuclear disarmament and evidence-based solutions to crime, terrorism and social conflict.

In recognition of his outstanding achievements, Dr. Hagelin was named winner of the prestigious Kilby Award, which recognizes scientists who have made “major contributions to society through their applied research in the fields of science and technology.” The award recognized Dr. Hagelin as “a scientist in the tradition of Einstein, Jeans, Bohr and Eddington.”

His frequent media appearances have included ABC’s Nightline, NBC’s Meet the Press, and CNN’s Larry King Live! He has regularly been featured in the Washington Post, the New York Times, the Wall Street Journal, and other major newspapers.