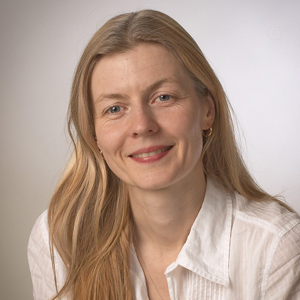 Nynke Passi started teaching at MIU in 1998, first in professional writing, then in creative writing and literature.

“Whether she is teaching poetry, graphic narrative, or memoir writing, Nynke Passi is more than a teacher; she is a mentor, confidante, and muse. With compassion and care, she guides students in expressing their creativity through language—she inspires students to be bold, authentic, and honest.” So writes Anna Maria Cornell, a graduate of MIU’s English program.

One of the University’s most popular teachers, Nynke has developed an extensive undergraduate creative writing curriculum with courses such as creative process, graphic narrative, poetry, poetry and transcendence, memoir, personal essay, fiction, and travel writing.

A graduate of MIU herself (class of 1986), she went on to get her MA degree in Creative Writing from San Francisco State University.

Nynke’s writing has been published in literary magazines such as The Gulf Coast Review, The Anthology of New England Writers, Thirteen, and Ink. Her poems have been anthologized in The Dryland Fish, This Enduring Gift, River of Earth and Sky: Poems for the Twenty-First Century, and the Brook Road Literary Anthology.

Her work was also featured on the website of nationally known artist Toc Fetch, and she was commissioned to write a poem for artist Ken Dubin to accompany his painting “Field of All Possibilities.” Her story “The Kiss” was nominated for a Pushcart Prize, and her essay “Oom Ealse and the Swan” was a finalist in the 2014 Jeffrey E. Smith Editor’s Prize of The Missouri Review.

Nynke also works as a freelance editor and translator. Together with Rustin Larson and Christine Schrum, she edited the poetry anthology Leaves by Night, Flowers by Day. She is a former member of the board of the New England Writers’ Association and was associate editor of the ’93 and ’94 issues of The Anthology of New England Writers.

In the Fall of 2013, Nynke helped organize the 40-year reunion of MIU’s English department, the first event of its kind at MIU. As a result, she was awarded an MIU alumni award. Nynke also received three student appreciation awards during her tenure at MIU.

See testimonials from her students.