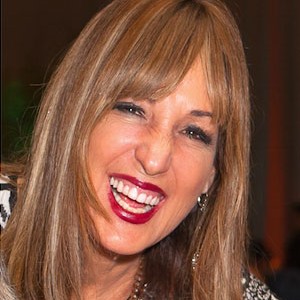 Joanna Plafsky, co-founder of the David Lynch Graduate School of Cinematic Arts, is an international film producer, film distributor, and philanthropist. Her passion is supporting filmmaking that uplifts the human spirit and makes the world a better place to live.

She was Co-Founder of Nu Image Films (now Millennium Films) which went on to become one of the biggest independent film producers in the world, with hits such as The Expendables, Sixteen Blocks with Bruce Willis, and 88 Minutes with Al Pacino.

Joanna began her career as Founder and President of Radiance Films International, a foreign sales and film distribution company. She co-produced and sold hundreds of films at the Cannes, Milan, and other international film festivals into the burgeoning worldwide home entertainment market.

Joanna produced the inspiring documentary Saving the Disposable Ones with the David Lynch Foundation, and was Executive Producer of the Emmy-nominated documentary My Reincarnation about a Tibetan Buddhist master and his son, which achieved world-wide distribution. More recently, she is Executive Producer of Rooted in Peace, a journey about inner transformation, which will be released in 2016 and is presently being exhibited in film festivals throughout the world.

Joanna works with many philanthropic organizations through the Plafsky Family Foundation. In addition, she is a teacher of the Transcendental Meditation (TM) program, has collaborated with David Lynch Foundation-TV on several projects, and serves on the board of the David Lynch Foundation to help bring TM to schools and the less fortunate members of society in the United States and abroad.

Joanna’s recent mission has been to establish a more conscious form of filmmaking education. In 2014 she founded the new David Lynch Masters in Film Program at Maharishi International University and actively serves to bring industry leaders to teach and mentor filmmaking students.

Graduating from the University of California at Berkeley, Joanna has a Master’s Degree in Film from Boston University.