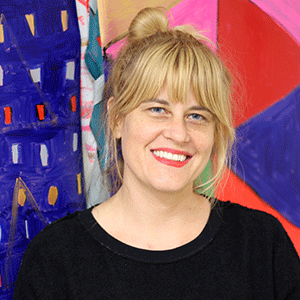 Gyan Shrosbree received her B.F.A. Degree from The Kansas City Art Institute and her M.F.A. degree from Cranbrook Academy of Art. She has exhibited in galleries throughout the United States. She has been an artist-in-residence at The Vermont Studio Center, The MacDowell Colony, Yaddo, and Two Coats of Paint.