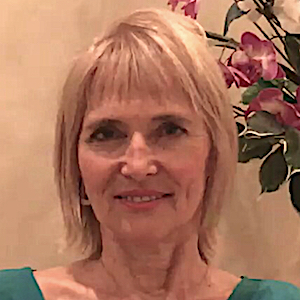 Being Alaskan, Stellavera has a fascination for the natural world – how nature functions outside and also within our bodies. This led her to study Ayurveda, and since then she has become a certified Maharishi AyurVeda consultant. Stellavera also trained in Craniosacral Therapy, Maharishi Marma Therapy, and Maharishi Yoga Asana teacher training. She has had clients across the globe and has hosted many retreats that included demonstrating yoga to participants.

Stellavera’s main desire is to inspire and teach others, to pass on the knowledge of how nature functions — which is the essence of all Vedic science. In 1975 she spent one year working directly with Maharishi Mahesh Yogi, and under his supervision, also spent 12 years traveling in her commitment to peace projects around the world—creating coherence, developing higher states consciousness, as well as performing uplifting musical productions.

Stellavera is a singer-songwriter, like her nieces Jewel and Qorianka Kilcher, and her family has the hit TV reality show Alaska: The Last Frontier on the Discovery channel; she appears in Season 10 along with her other 5 sisters.