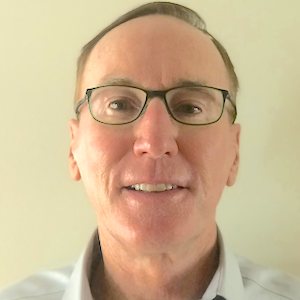 He joined a private practice group of anesthesiologists in Fort Lauderdale, Florida where he practiced for many years until 2008 when he began to practice as an independent contractor doing Locum Tenens work which brought him to numerous temporary assignments in the states of Florida, Georgia, Iowa, Minnesota and Wisconsin.

He learned Transcendental Meditation in 1994 and was so enamored of the practice that he became a Sidha in 1995. He began the study of Ayurveda shortly thereafter and participated in numerous Maharishi AyurVeda courses over the ensuing years. He has studied Jyotish and graduated from a Vedic Astrology course based in India in 2011 with a level one certification. He completed the Transcendental Meditation Teacher Training Course in February 2014 and currently teaches TM in St. Augustine, Florida. He resides part-time in Maharishi Vedic City in a Sthapatya Veda townhouse.

As a lover of languages and international travel, he speaks fluent Spanish and is currently learning French. He has studied Sanskrit, the language of nature, in the past as well.