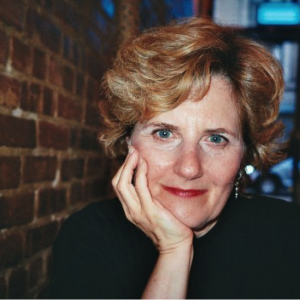 Roz Sohnen began her career as a writer/director with her award-winning narrative short Pink, which is distributed through Phoenix Films. She has produced, directed, edited, written and researched numerous film and video projects over the last 25 years. Highlights include her role as Associate Producer on the PBS series They Came for Good (The History of the Jews in America); producing interactive videos for the Audubon Society; and her work as producer/director of a series of short documentary films for the Manhattan School for Early Learning. She has been a consultant to TRH Princess Marina and Prince Michael of Greece on films about artists and she has produced and directed a series on NYC gentrification, with segments on Harlem and the renovation of the Brooklyn waterfront.

The Foursite Film Festival awarded Roz’s short narrative script, Her Sister’s Keeper, best short film screenplay. Her documentary film, An American Quilt, is currently in distribution through Parallel Lines/ Forward in Time.com. She is currently writing a feature based on the life of an extraordinary woman who became part of the women’s movement and is an activist for social justice.

Roz was a member of the Digital Filmmaking faculty at the Art Institute of NYC for ten years, where she taught screenwriting, among other courses. She is a member of New York Women in Film & Television, where she has served as a producer of numerous archive interviews. She is a graduate of the Professional Screenwriting program at UCLA and holds an MFA from NYU’s Tisch School of the Arts, where she was honored with the Paulette Goddard Scholarship and received the Judge’s Special Merit Award for Directing.