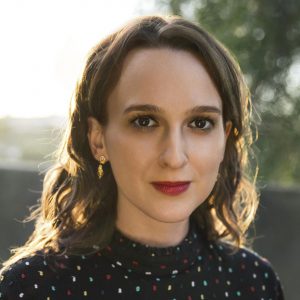 Anya Leta is a Film/TV writer based in Los Angeles. She was born and raised in Fairfield, Iowa. Her writing credits include HOMELAND on Showtime and her award-winning short film POINTS OF ORIGIN, which she filmed in Mumbai. POINTS OF ORIGIN played at film festivals around the world including Palm Springs International ShortFest, Woodstock, Rhode Island International, Delhi International Film Festival, and NYU’s First Run Festival where it won the Audience Award. It was also selected as a Vimeo Staff Pick and Short of the Week. She holds an M.F.A. from NYU Tisch School of the Arts Asia, which she attended in Singapore. She also holds a B.A. from the UCLA School of Film & Television.