MIU student Corine Alexandra Brooks grew up 20 miles from Fairfield, Iowa. When she was a senior in high school, she saw a pamphlet about MIU and came to a Visitors Weekend. She didn’t enroll then because she had started a family, but six years later she returned with her three children to attend MIU.

Corine is working on an individualized major in sustainability and a minor in business. The name of her individualized major is “Cultivating Holistic Sustainability” and is centered around a therapeutic ranch she plans to open in Fairfield. “The mission of Sustainable Roots Therapeutic Ranch is to help children and adults coming from crisis situations by offering holistic therapies, hands-on experiences, one-on-one education, and job training,” said Corine.

Corine is passionate about helping young people recover from PTSD and, after ten years of research, she is starting a nonprofit organization. Her ranch will be open to anyone and will offer art, music, and equine therapy, training in trade skills, regenerative organic agriculture, and the practice of the Transcendental Meditation® technique. She wants to include the local community by offering services to people in the area, as well as utilizing local therapists and trainers to work on the ranch.

She finds MIU a great fit for her and her family because the block system allows her to focus on one class at a time, spend time with her children, and practice the Transcendental Meditation technique. “Taking time for myself to meditate is very beneficial,” she said. “I knew what I wanted to do but the TM technique made me centered and gave me the energy to make it happen.”

Two months ago, Corine had a chance to test some of her ideas. During the ChangeMakers conference in early April, she became intrigued by guest speaker Barry “Ra” Frye and his rehabilitation program for gang members in Chicago. A few weeks later Corine organized a week-long retreat on campus for Mr. Frye’s youth group, Pride ROC Chicago, which included visits to local farms, hands-on experience on the MIU Regenerative Organic Agriculture Farm, a discussion about preventing violence, and a performance at Dalby Hall. 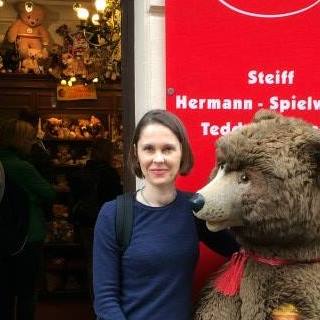