On Monday, August 1st, the finalists for the Student Academy Awards were announced. Among them was Maharishi International University’s own Johnny Coffeen.

The 2015 graduate of the David Lynch Graduate School of Cinematic Arts was chosen as a finalist in the “Alternative” category for his thesis film The Swan Girl. Coffeen is the first student from Maharishi International University to become a finalist for such an award. David Lynch was recently able to watch The Swan Girl, and he said it was “Pretty damn good.” We caught up with Johnny after this huge accomplishment to talk about The Swan Girl, his reaction to the announcement, and his future film endeavors.

Where did the idea for The Swan Girl come from?

“I spent the majority of my time at the David Lynch Master’s In Film developing a feminist satire called iDream. I eventually came to point where I wasn’t inspired anymore, so I did the unthinkable — I started over from scratch a month before I was scheduled to shoot the film. I then road tripped from Iowa to California, co-wrote the script in a week and began shooting it with only a crew of two. I was inspired by David Lynch’s approach to Eraserhead, which was to gradually shoot the film piece by piece for six years in order to make a 90-minute film. In this case, The Swan Girl film took six months to shoot a 15-minute short.

“Filming chronologically was a blessing because it allowed room for happy accidents and inspiration, along with facilitating my intuition to take over, so the film was constantly in a state of rewriting. Even in the editing process, I left room for sudden inspiration to inform my editing choices. It was also satisfying to edit on a daily basis and to see how the film was shaping up along with seeing what was needed. I highly recommend this time-consuming yet cheap process to all experimental filmmakers.

“One last thing, I wanted to thank David Lynch for being himself and inspiring me to be myself. I also appreciate how he was able to take 15-minutes out of his busy schedule working on Twin Peaks — the most important television revival of all-time — to watch The Swan Girl. If nothing else happens in my career, I will die a happy man knowing my hero loved my film.”

What was the most enlightening aspect of filming/creating The Swan Girl?

“Meditation. Truly. Due to the intensity of what The Swan Girl was trying to pull off before the festival submission deadlines, we would work 12-16 hour days six days a week. Meditation was a must every single morning. It really calmed me down, relieved stress and put me in the childlike state needed to create such an intuitive film. I couldn’t wait until I could take those 20 minutes to myself and let go. I would often solve creative problems in that short period following meditation where you’re gently coming back to reality. Truly a life-changing technique for any artist. Another vital aspect of attending Lynch’s program was making lifelong friendships with my classmates. My closest friends and I were able to form a film collective called Post-Neo-Dada.”

How does it feel to be a finalist for a Student Academy Award?

“It feels all right. Of course I’m kidding, it feels incredible! Due to the yearlong conflict surrounding my edgy script iDream all the way through shooting The Swan Girl for 70-90 hours a week, it’s relieving to know that I’m being considered for such a prestigious award… it’s a reminder from the universe that this is what I’m meant to do. In the words of my Oscar-nominated screenwriting mentor Jeff Maguire, it’s a reminder to “keep going” — a mantra I suggest to anyone putting 10 years of hard work and getting nothing but the answer No. When you get a Yes, hold on tight because you’re about to take off on an overwhelming yet blissful adventure.”

How did you grow as a filmmaker at MIU?

“Attending MIU was certainly a consciousness-expanding experience where I witnessed the highs and lows of my ego. I’m forever striving for the middle path. Not to sound so Buddhist, but I’ve always believed in balance. Meditation allows you to confront who you really are, which is absolutely, positively the very most important discovery an artist striving to be innovative and fresh must realize.”

Where can people watch The Swan Girl?

“Due to The Swan Girl being a finalist for a Student Academy Award, I believe it’s going to help the project travel to lots of film festivals between October 2016 and May 2017. Because of that, people, unfortunately, will not be able to view it online. Besides seeing the two trailers I have on my website, the only way for people to preview The Swan Girl is for them to donate a certain amount to my live Kickstarter for Row, which only has two days left. Please consider donating now or you’ll have to wait until May for the online release.“

You can see Johnny’s work at his website, keep up to date with his current adventures on his Facebook page, and donate to his latest film’s Kickstarter (which only has two days left of fundraising)! 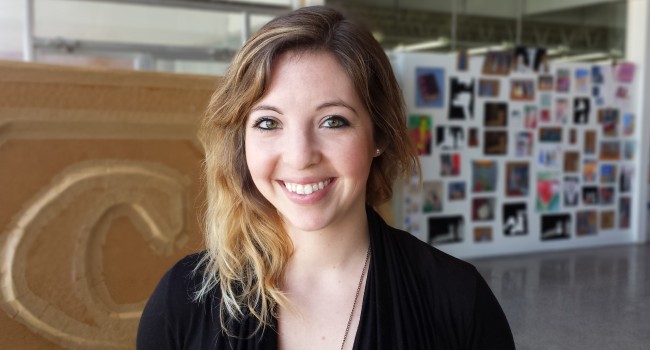 Laura Muzzarelli was born and raised in Traverse City, Michigan. She first came to Fairfield in August of 2013 as a transfer student to MIU, where she majored in Media & Communications, with an emphasis in Film Studies. She graduated with her Bachelor's degree in December of 2015 and then worked for the David Lynch Masters in Film Program. She loves movies, Harry Potter, and all things pineapple.