Radim Schreiber Captures the Magic of Fireflies Through Photography 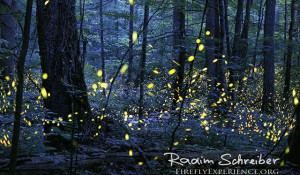 As daylight fades on an early summer evening, you’ll find Iowans sitting spellbound in backyards, watching fireflies float in and out of view – like invisible fairies carrying tiny, flickering lanterns.

For those of you living far from rural America, a visit Radim Schreiber’s website, Firefly Experience, is a free pass to this enchanted realm.

An MIU BFA graduate, Radim has photographed fireflies for almost 10 years. “I still get excited, I still find fireflies fascinating,” he says, “A few nights ago I found glowworms (the larvae stage of the firefly) on the edge of a friend’s pond near Fairfield, and it was magical.”

Photographing fireflies is both challenging and time-consuming. “I visit a site where I plan to shoot during daylight hours in order to figure out the logistics,” he explains. “Then I return and photograph in the middle of night.”

Imagine trying to compose the shot, focus on a tiny moving target in total darkness while being bitten by other insects, and still managing to take the shot just as a firefly is illuminated.

It all adds up to situations where “I don’t always see or hear what’s around,” Radim confesses. “In Iowa, it’s scary enough trying to avoid poison ivy in the dark.”

Radim’s pursuit of visual enchantment started in Iowa, but has taken him to Tennessee to photograph the Synchronous Firefly in Great Smoky Mountains National Park and to the Blue Ridge Mountains of North Carolina to shoot the Blue Ghost Firefly with its long-lasting glow.

Next up is a trek to Asia in 2017, where he will join biologists and ecologists from around the world at the International Firefly Symposium in Taiwan.

“There are more luminous species in Asia than anywhere else in the world,” he explains. “The Asia trip will allow me to compile photographs, video and interviews from other cultures with strong ties to fireflies.”

Radim filmed the video above in the woods near his home to, “share the beauty and behavior of fireflies in their natural environment.”

He suggests watching it at night in full-screen mode, with all the lights turned off and the sound turned on. I did, and it was as close to a magical Iowa summer evening as you can get. 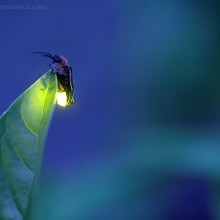 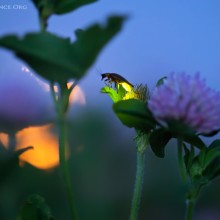 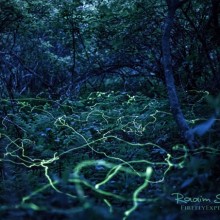 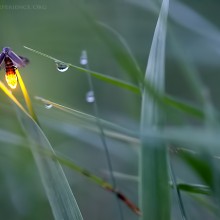 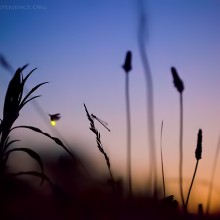 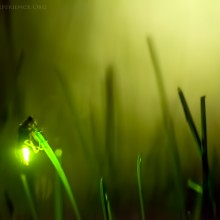 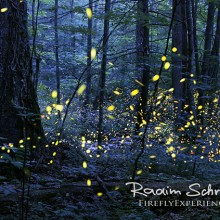 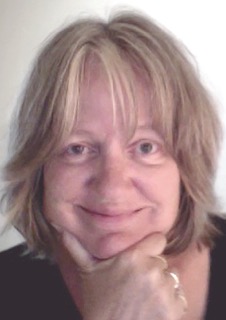